Glenview Farm is atop a beautiful plantation on the picturesque Kittatinny Mountain Range.

George and Helen Black bought the farm in 1982 because they loved the country and decided to make a move. They had three options to use the 50 acres effectively. They chose what appeared to be the simplest. "I thought selling Christmas trees was easy, but I found out it was a lot of hard work but it's very rewarding." 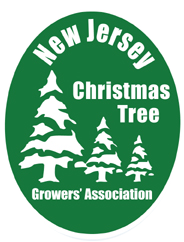